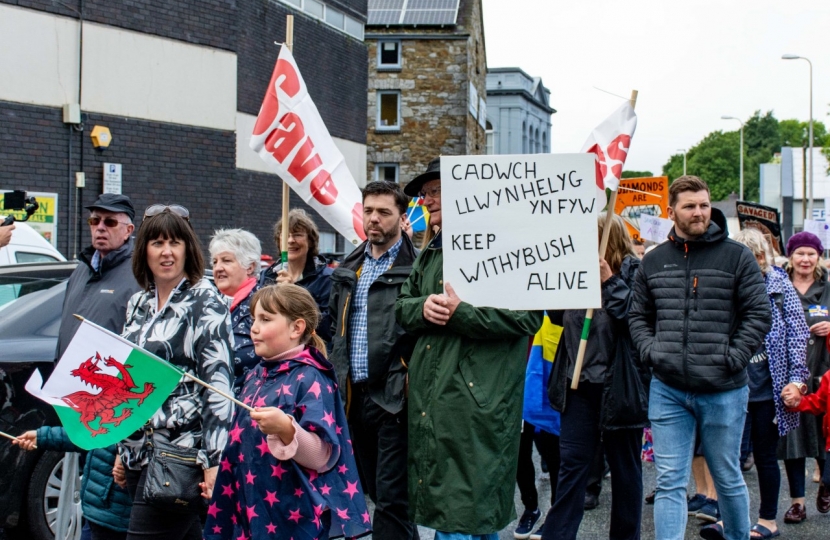 In the wake of the decision by the Hywel Dda Health Board last month to recommend the closure of Withybush A&E, local MP Stephen Crabb invited Welsh Health Minister Vaughan Gething AM to come to Pembrokehsire to meet local representatives and hear the impact these proposals would have on Pembrokeshire.

Mr Gething has declined the invitation stating that “The proposals remain a matter for the health board to determine, using well-established procedures.” Adding: “I am unable to meet with you to discuss this matter or comment on the proposals. Doing so may prejudice any future role I might have to play in the process.”

“The Health Board expect Pembrokeshire people to agree to the downgrading of Withybush with a promise of a new hospital to be built somewhere between Narberth and St Clears.  There has been no announcement about the funding or where precisely it will be built – decisions which will be taken by the Welsh Government.

“The previous Health Minister Mark Drakeford refused to meet Pembrokeshire campaigners when maternity services were being downgraded and now Vaughan Gething has done the same. There is a pattern of contempt here for the people of Pembrokeshire by Welsh Labour.  It seems that Mr Gething is not prepared to offer any reassurances about funding for any new facilities or even listen to us.

“Pembrokeshire people should be under no illusion – the Welsh Labour Government in Cardiff have been pushing plans for the last ten years to reduce and centralise services further east.   They continue to hide behind the Health Board and its consultation process to avoid getting their own hands dirty.  Together with Paul Davies I will continue to oppose these plans which will strip vital health services out of Preseli.”