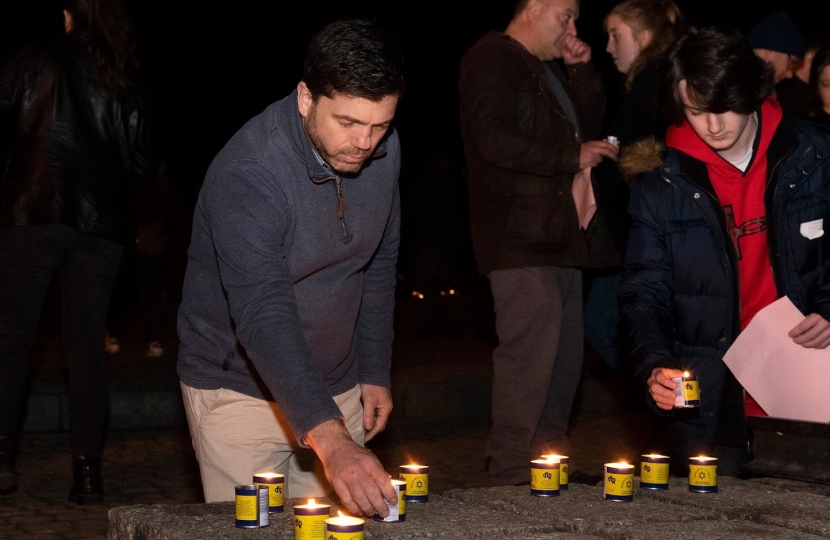 As a co-sponsor of the debate along with Labour MP Ian Austin, Stephen will use the debate to highlight the importance of marking Holocaust Memorial Day (Sunday, January 27) and will draw on his own recent visit to the Auschwitz-Birkenau death camp with the Holocaust Educational Trust.

Ahead of the debate Stephen signed the Holocaust Educational Trust’s Book of Commitment and paid tribute to the extraordinary Holocaust survivors who continue to work tirelessly to educate young people today about the horrors of the past.

This Sunday (Jan 27) will mark the anniversary of the liberation of the Nazi concentration and death camp Auschwitz-Birkenau, the site of the largest mass murder in history.  In the lead up to and on Holocaust Memorial Day, thousands of commemorative events will be arranged by schools, faith groups and community organisations across the country, remembering all the victims of the Holocaust and subsequent genocides. The theme for this year’s commemorations is ‘Torn from Home’.

After signing the Book of Commitment, Stephen commented:

“Holocaust Memorial Day has never been more important as we continue to fight antisemitism and other forms of prejudice in our society. It is important for people, especially youngsters, to understand the roots of what happened in the death camps more than seventy years ago.”

“In the last few months I have had the privilege to meet survivors of these camps and to visit Auschwitz with a group of teachers and students. It is difficult to truly comprehend the scale of suffering that was experienced in these places.  To hear survivors talk to young people about what they lived through is incredibly humbling and leaves a powerful message for the present. As the Holocaust moves from living history, to just history, it becomes ever more vital that we take the time to remember these events and learn from them.”

“The Holocaust did not start in the gas chambers but with hate filled words. Our mission is to educate young people from every background about the Holocaust and its contemporary relevance. We are very grateful to Stephen for signing the Book of Commitment, signalling a continued commitment to remembering the victims of the Holocaust as well as challenging antisemitism, prejudice and bigotry in all its forms.”

Preseli MP Stephen Crabb has visited Ysgol Bro Gwaun to learn more about how the school and pupils are adjusting to Covid restrictions.