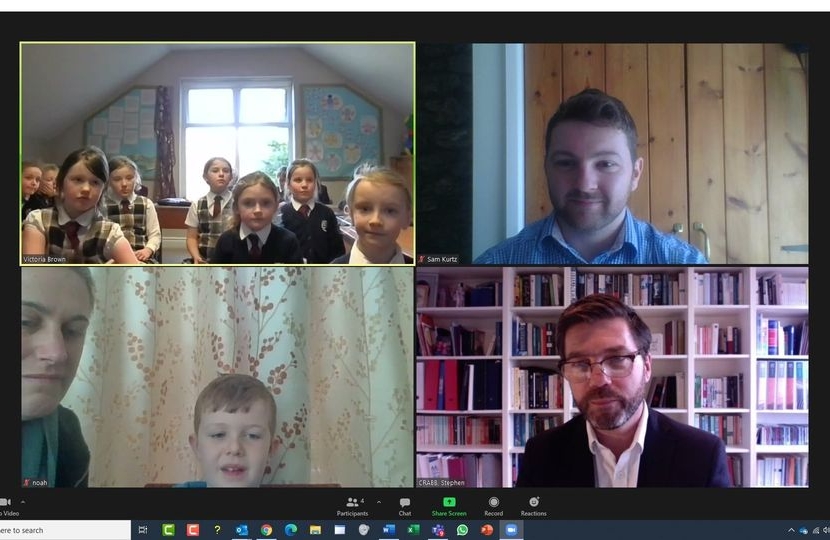 Pupils from Redhill Prep School in Haverfordwest have been praised in Parliament for their tireless work over the last four years in campaigning for stronger laws to protect animals. Under the guidance of teacher Vicky Brown, the young pupils have lobbied their local MP Stephen Crabb, members of the House of Lords and a number of Government ministers to persuade them to support the Finn's Law campaign.

'Finn's Law' which came into force in June 2019 and prevents those who attack or injure service animals from claiming self-defence. The law is named after Finn, a police dog who was stabbed whilst pursuing a suspect with his handler PC David Wardell. Finn sustained serious stab wounds to the chest and head, but only criminal damage charges could be brought against his attacker.

This latest change in the law today is known as 'Finn's Law Part 2' and ensures that all animals now benefit from the tougher protection in law.

"Redhill pupils should feel very proud of the work they have done to build support for these changes in the law. Their campaigning work on Finn's Law Part 1 and 2 received a special mention in the House of Lords when it was being debated. I am aware of just how important their letters were in persuading Government ministers to throw their full weight behind the new law."

"We are so proud of all the children have achieved. This project has been so exciting and is one that neither the children or I shall ever forget. We’d like to thank all the people that have supported and encouraged the children in this campaign. They have proved to the children that no matter what your age, you can make a difference."

The new maximum penalty will enable courts to take a firmer approach to cases such as dog fighting, abuse of puppies and kittens, illegally cropping a dog’s ears and gross neglect of farm animals. As well as a prison sentence, offenders can also receive an unlimited fine.

The measure is also widely supported by animal welfare groups including the RSPCA and Battersea Dogs & Cats Home. The Private Members Bill was introduced by Chris Loder MP in February 2020 and with the full support of UK Government has now passed into law.