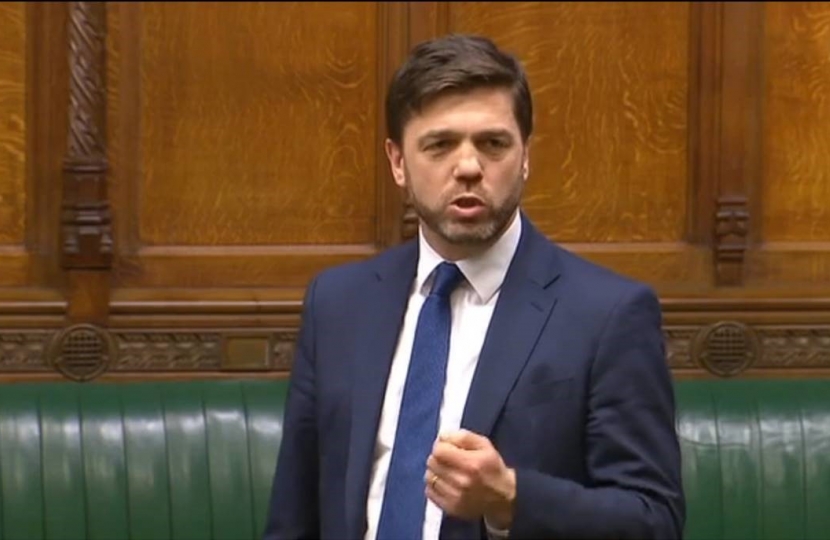 It is often remarked that the general public is disillusioned, put off or just bored with politics. It seems to me that this gets repeated with no shred of evidence or justification.

If my email inbox is anything to go by then we seem to be going through a period where the exact opposite is true. In the three months since the draft Brexit deal (the EU Withdrawal Agreement) was published I have received 2,500 emails and letters from constituents just on this one issue.

In the time I have been a Member of Parliament, no other issue has come close to generating this volume of correspondence. Not the downgrading of Withybush Hospital nor the closure of the Murco oil refinery in 2014. Brexit has moved more people to sit down and write to me than any issue in the last ten years.

And it isn’t just the volume of emails I am receiving; it is the intensity of feelings being conveyed. For many of my constituents any vote for a deal is a compromise too far and is a betrayal of ‘real Brexit’. A roughly equal number say that the only proper course of action is a second referendum and a failure to support this would be a betrayal of democracy.

It is striking how similar the two opposing wings of the Brexit debate are in the language they use. ‘Betrayal’ seems to be the favourite word among both.

For many the whole messy Brexit process is baffling while for some it is pure soap opera with outrageous characters and plot lines that make for gripping telly.

The BBC Parliament channel hit an average daily reach in the week of 7th-13th January of 293,000 viewers, according to official ratings, aided by fierce debate over Brexit in the House of Commons – higher than the 251,000 a day who tuned in to the music and entertainment channel, MTV, over the same period.

However, does this provide us with any evidence that there is healthy debate on this issue going on inside peoples’ homes, or is it all just noise?

Well, a fortnight ago I had the privilege of giving a tour to Year 5 and 6 pupils from Croesgoch School. We held a Q&A session on the floor of an empty House of Commons chamber which was a nice treat. I was pleasantly surprised by the quality of questions from these ten year olds with many of the questions relating to the ongoing Brexit process.

I doubt very much whether primary school children are doing Brexit as part of the curriculum, so I assume most of this knowledge and insight comes from hearing others talking about it, from family, TV and radio. The questions showed both understanding and curiosity.

So I actually think we are living at a time when there is an upsurge in desire and appetite to understand the political process. How the decisions that affect society and our lives are made. Aside from my email inbox, I have never received as many requests as I am currently for tours of Westminster or to get tickets for Prime Minister’s Questions (very hard to come by!).

I think too of the young pupils from another local school – Redhill in Haverfordwest – who have recently been running their own lobbying campaign to change the law to increase punishments for those who deliberately hurt police dogs. The new law they have been backing cleared its final House of Commons hurdle last week.  They have followed the progress of this law through its different stages in Parliament, writing letters to politicians to keep the pressure up.

So maybe, in the midst of all the negative hand-wringing about the state of the world and the shouting of those with the strongest opinions, there is underneath it all a quiet understanding, appreciation and curiosity from the younger generation, who will become the decision makers in the years to come.