Crabb thanks farmers on Back British Farming day 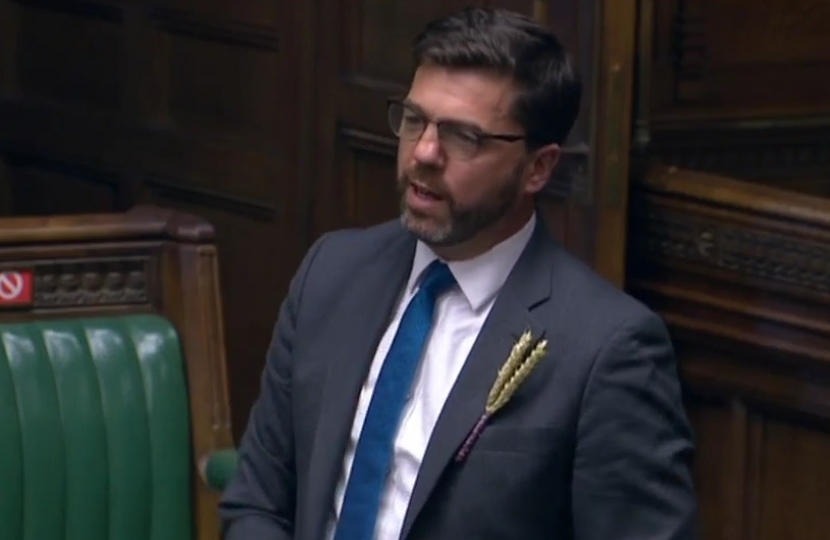 Preseli MP Stephen Crabb has shown his support for British food and farming on Back British Farming Day, recognising the crucial role farmers play in producing food for the nation and caring for the countryside.

The National Farmers’ Union campaign aims to shine a spotlight on the good work that farmers do, not only as food producers but also in the fight against climate change and in protecting the countryside. Also, as trade negotiations enter a pivotal moment, it’s a reminder of the importance of the agricultural sector to the local economy.

The Welsh food and farming industry is worth more than £1,594 million to the Welsh economy, will nationally it contributes £120 billion, employing more than 4 million people.

While speaking in the Chamber on Wednesday (Sept 9), Stephen wore a wool and wheat pin in support of British farming

Commenting, Stephen Crabb said: “I am extremely proud to wear the Back British Farming pin badge in support of our farmers. Pembrokeshire’s farmers and growers are proud to produce safe, traceable and nutritious food we all love to eat to world-leading standards, as well as maintaining the iconic Welsh countryside and sustaining a dynamic rural economy.

“Farmers were rightly identified as key workers during the Coronavirus pandemic. I’m pleased to have met with local farmers during the last few months to thank them for the work they have done in keeping the food supply chain open and supermarket shelves stocked.

“This autumn will be a critical time for British food and farming as Brexit returns to centre stage as the negotiations reach a critical point. I am still optimistic that a trade deal will be struck that will be good for Welsh farmers and I’m proud to support Back British Farming Day.

Preseli MP Stephen Crabb has praised the work of local volunteers after joining them for a beach clean in St Davids.