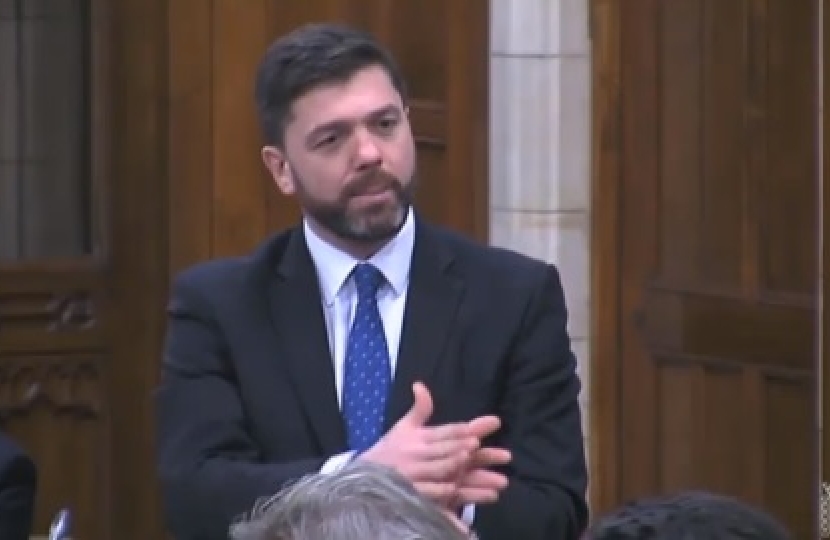 Speaking in a debate on Government support for the marine energy sector, Stephen Crabb referenced how Pembrokeshire has become a ‘hot prospect’ with a number of international renewable companies making the county their home.

The Pembrokeshire economy has been supported by oil refining for half a century but this industry won’t be around forever: “We as a country, and as a Government, have now made a commitment to bring forward a ban on the sale of new diesel and petrol engines” said Crabb, “And we are moving away from a carbon-based economy.

“Constituencies such as mine are vulnerable to the big strategic changes that we are mandating as part of our efforts to meet the global challenge of climate change. There is a duty on the Government to help bring forward replacement jobs—high-quality jobs and apprenticeships—in new exciting clean technologies.”

In replying to Stephen’s speech, Energy Minister Kwasi Kwarteng MP said: “I pay tribute not only to Stephen, but to the communities he represents. He represents a community that has clearly been under a huge amount of economic pressure and even distress with Covid, and the green industrial revolution represents a real answer and a real chance to build back better, to level up, and to increase and widen economic opportunity across the country.”

Speaking following the debate, Stephen said: “Pembrokeshire has a real opportunity to be at the forefront of a green industrial revolution and I’m pleased the Energy Minister recognises our County’s potential.

“I will continue to stand up and champion Pembrokeshire’s prospects as a haven for marine renewable energy.”