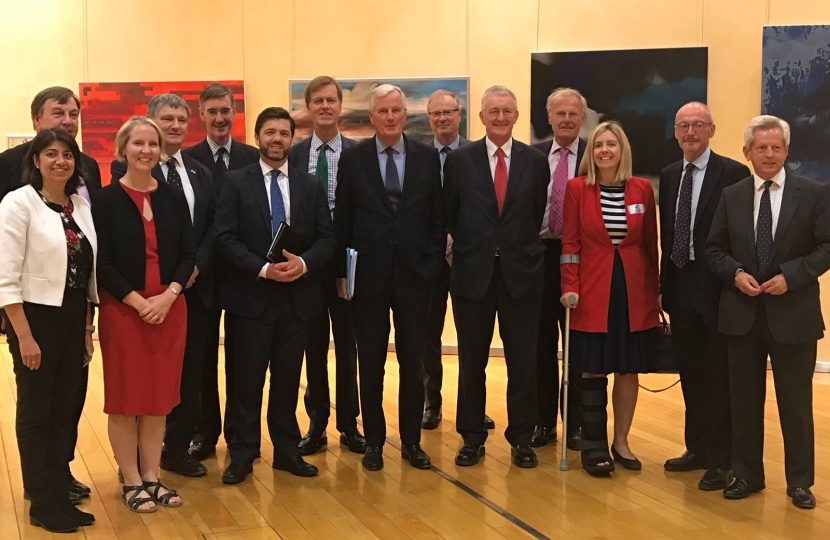 As part of his membership of the Brexit select committee, local MP Stephen Crabb met with the EU's chief negotiator Michel Barnier on Monday to discuss the ongoing negotiations.

At the meeting in Brussels, the group of MP’s were given time to discuss the current Brexit proposals from the UK Government and the progress of the talks. Mr Crabb questioned Michel Barnier on the likelihood of a deal being struck this autumn.

The committee also met the Irish Ambassador to the EU, Declan Kelleher, to discuss the latest proposals for handling border issues between the UK and Ireland once Britain leaves the EU.

“Unravelling over 40 years of EU membership in these negotiations was also going to be challenging and complicated but progress is being made. There are still some major disagreements to work out but I remain optimistic we will get there. No one wants a messy and unclear outcome so it is worth the effort to work through the nitty gritty and get a proper exit deal in place.”

“I also found the discussion with the Irish Ambassador useful. I am the only member of the committee who represents a constituency with a border with Ireland so I take a particular interest in how trade and travel may be affected between the UK and Ireland after Brexit. From speaking to both Mr Barnier and the Irish Ambassador it is evident that the ports in Pembrokeshire will have an important role to play once we have left the European Union.”