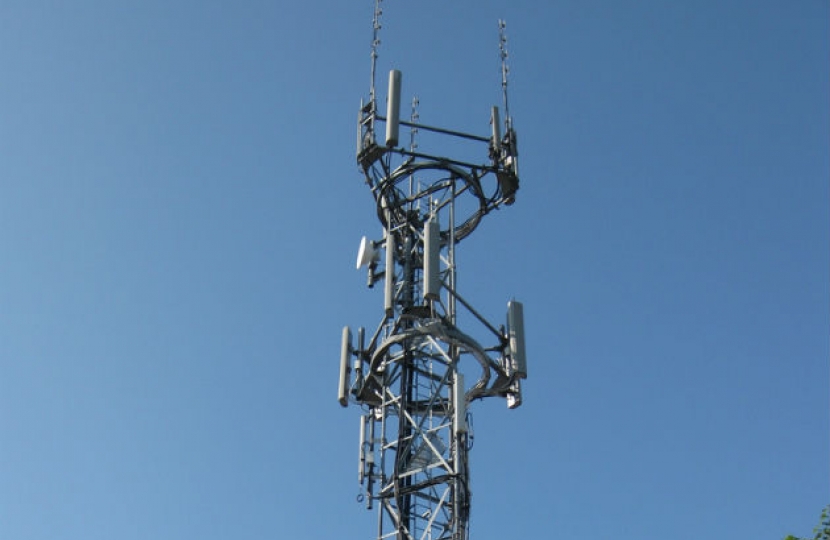 Preseli Pembrokeshire MP Stephen Crabb has taken up the issue of poor mobile phone coverage which is frustrating residents in Fishguard and north Pembrokeshire.

Since 25th March residents in the SA64 and SA65 areas have had no Vodafone coverage which has caused widespread concern for its local customers, particularly businesses who rely on a good phone connections.

The problems have stemmed from a fault at mobile phone giant Vodafone’s Glasfryn site. Stephen has called on Vodafone to put the resources it needs to fixing the problem and get back to providing customers with a reliable service. A spokesperson from Vodafone confirmed to the MP’s office that the site is working but it has a fault which has caused an increase in dropped calls and in the number of calls which are not connecting properly.

Stephen has been informed that remote work by engineers hasn’t resolved the problems so Vodafone has now booked engineers to attend the site as soon as possible to investigate a suspected hardware fault.

“Not having mobile coverage is causing major issues to those customers in Fishguard and north Pembrokeshire. Many have got in touch with me to share their frustration at not being given a satisfactory response from Vodafone about when the fault will be fixed.”

“I have stressed to Vodafone the need to get a fully functioning service up and running for its customers in Pembrokeshire and I have asked them to keep me informed of progress made on the site. They need to move quickly to get this issue resolved and I will be monitoring the situation closely.”

Update - Full Services have now been restored to the area.