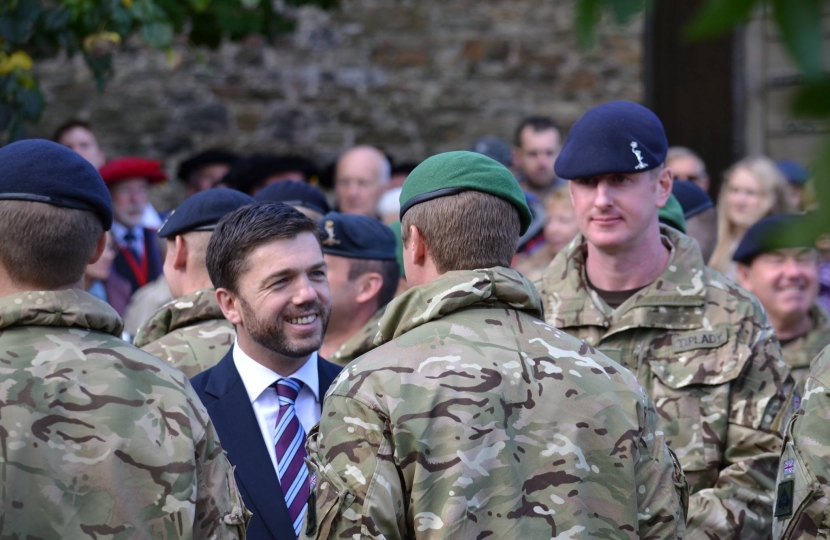 Veterans of the Northern Irish Troubles have been backed by Preseli MP Stephen Crabb during votes in the House of Commons.

Stephen Crabb co-sponsored an amendment put forward by Johnny Mercer MP which passed. The Secretary of State must now report on the options available to allow veterans of the Troubles to assist in a truth recovery process, for the benefit of bereaved families, without fear of prosecution.

Commenting following the vote, Stephen Crabb MP said: “This is a positive step towards ensuring the hounding of veterans is stopped. The proud, local veteran community, along with myself, have been deeply troubled by the ongoing pursuit of current and former British Soldiers for actions carried out while under orders on active service.

“I have made the point previously to Ministers that we risk a serious breach of trust with our Armed Forces by opening the door to such prosecutions. The pressures placed on a solder in conflict situations are enormous and it cannot be right that actions carried out in these circumstances are re-opened decades later by people with no understanding of what happened on the ground. “