Crabb asks Minister to step in over Post Box removals 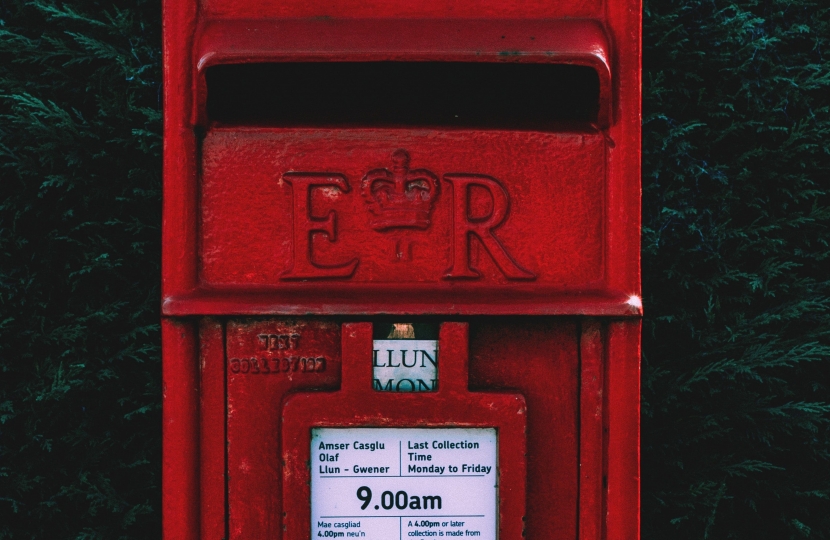 Preseli MP Stephen Crabb has raised concerns over the delays in replacing post boxes in rural areas by Royal Mail after being contacted by constituents and local community councils.

Royal Mail removes post boxes when it considers them to be “unsafe” but may take many months to install a new replacement.

Walwyn’s Castle is the latest Pembrokeshire village to see its post box removed and Mr Crabb has been contacted by villagers about the lack of any nearby facilities for posting letters and cards.

After previous replies from the Royal Mail about the length of time it takes to replace a post box, Mr Crabb has now raised the issue with Kelly Tolhurst MP, Minister for Small Business and Consumers.

Stephen Crabb said: “Over the past couple of years, I have raised numerous cases from across the constituency of post boxes being removed with the Royal Mail Chief Executive. Replacement boxes sometimes take 12 months to be installed and delays such as this aren’t acceptable. There is no good reason to leave a community without their post box for such a long time.”

“I am asking the Minister at Westminster to step in and tell the Royal Mail to speed up the process. We have a great team of postmen and women in the County, we just need a full set of post boxes to match.”