Supporting our Armed Forces and Veterans 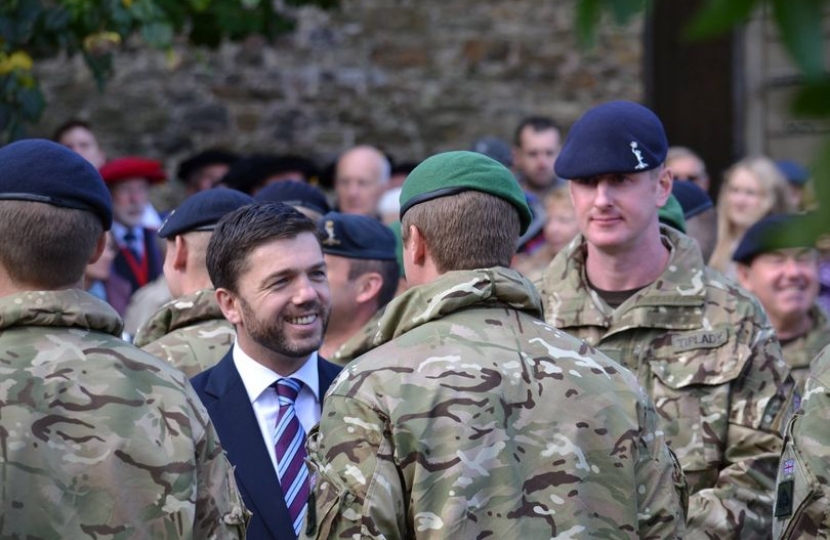 Stephen is a firm supporter of the Armed Forces and is proud of the home that the 14th Signal Regiment have made in the county.

Stephen has been an active supporter of keeping the 14th Signal Regiment in Pembrokeshire and he has been has been working with the Defence Minister to secure a decision to delay the planned closure of Cawdor Barracks. He has secured debates about the future of the Barracks and has personally shown MOD Ministers around the site in Pembrokeshire.

There is no question that Cawdor Barracks is an important strategic asset for the MOD and to the Pembrokeshire economy. A deep bond of affection and respect has developed between the community and the 14 Signal Regiment during the time they have been based at Brawdy. Local people will welcome the fact that the soldiers and their families will continue to be a valued part of Pembrokeshire life for some years to come.

Stephen was delighted to see the position of Veterans Commissioner for Wales officially open for applications. He believes that this is an incredibly important decision which will help support the veteran community here in Preseli Pembrokeshire and across Wales. It is just one part of the UK Government’s Veterans Strategy which has recently been launched and will help ensure that the men and women of the Armed Forces continue to thrive after leaving the service.

Stephen works closely with those organisations such as the VC Gallery, British Legion and SAFFA on casework issues to get the best results for veterans.

He has also championed a discussion to see former MOD houses at Cormorant Close transferred to the local authority to boost local social housing stock. These discussion are still ongoing.