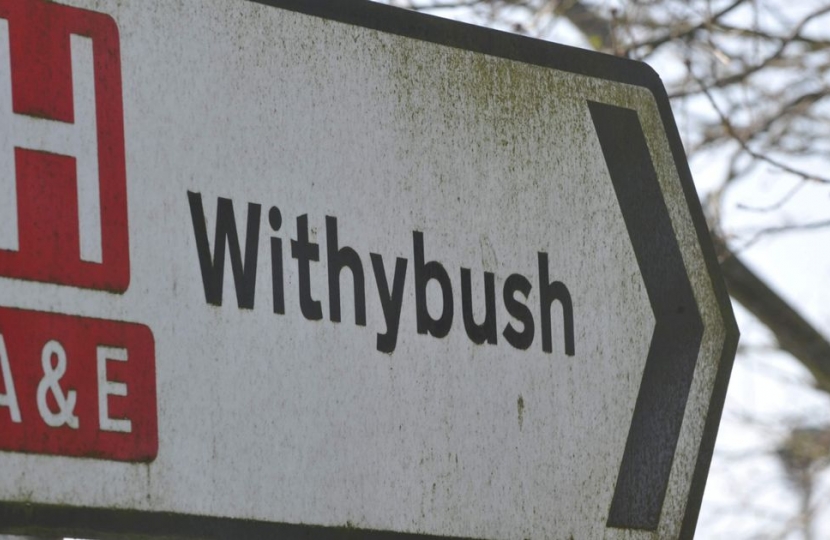 Following the announcement by Hywel Dda University Health Board on Wednesday about the future of Withybush Hospital, Stephen Crabb has invited the Welsh Health Minister Vaughan Gething to a meeting in Pembrokeshire to discuss the proposed restructuring of services.  Stephen has requested the meeting so that the Minister can hear directly from people who will be affected by the changes and outline the Welsh Government's ultimate intentions for hospital services in West Wales.

"The plan announced this week would lead to another round of dramatic changes to emergency care for the people of Pembrokeshire. There is widespread dismay and anger across the County that the decision to downgrade Withybush has been made over the heads of local people. More than 40,000 local people signed the petition to keep A&E at Withybush, the largest petition handed into the Senedd since 2007. Their voices have been ignored in this consultation."

"I am asking the Minister in Cardiff to meet with me and other local representatives in Pembrokeshire to discuss what happens next in relation to these proposals. The Health Board are asking Pembrokeshire people to accept the downgrading of Withybush Hospital with a promise of a new hospital facility to be built somewhere between Narberth and St Clears. Yet there has been no public announcement about what funding is available to deliver this or where precisely it would be built. These are decisions that require the active involvement of Welsh Government."

“The previous Health Minister Mark Drakeford refused to meet Pembrokeshire campaigners when maternity services were being downgraded. It is just not acceptable for Ministers to turn their backs on Pembrokeshire like this. For twelve years Withybush Hospital has been under a constant shadow of the repeated attempts to downgrade its status and move vital services east to Carmarthen. This situation has helped to create the very recruitment crisis that we are told is the fundamental reason behind the dramatic changes now being taken forward. I very much hope Mr Gething will come to Pembrokeshire and listen to local people about this extremely serious matter."