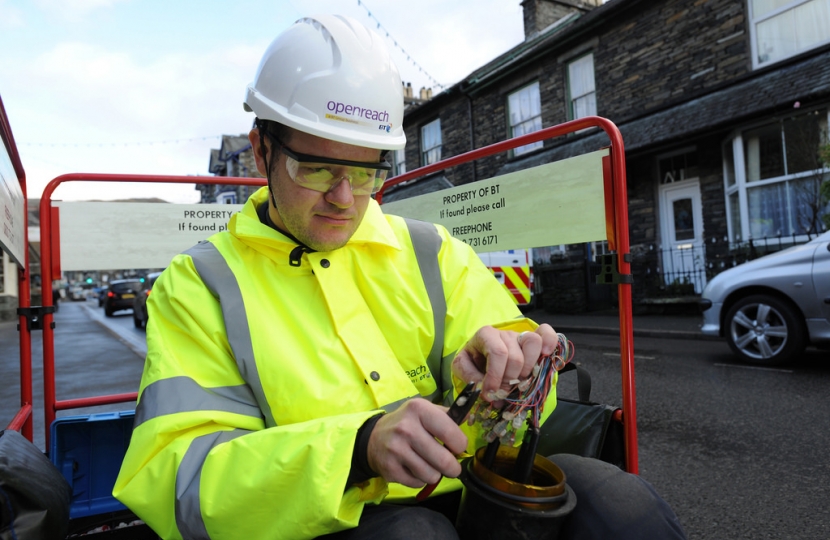 Stephen Crabb has called on the Welsh Government to come clean over broadband rollout delays.

Minister Julie James AM, whose responsibilities include digital infrastructure and inclusion, has been urged to explain the reasons for delays to the rollout of superfast broadband to rural properties across Wales.

Last year, the Superfast Cymru scheme saw BT receive £425m in return for connecting the vast majority of premises in Wales to next-generation broadband. When the contract ended, 90,000 mainly rural properties still had not been connected.

Further details of another scheme to complete the work were due to be announced in July, but at the start of August the Minister, Julie James AM, suddenly announced that “unforeseen issues” were causing delays which could not be further discussed because of “commercial confidentiality”

“It’s simply unacceptable for the Minister responsible to announce delays to the next stage of Broadband rollout but refuse to explain why. Access to reliable, fast broadband is of increasing importance to businesses, large and small, in Pembrokeshire and I have worked with many across the constituency to improve their broadband access. However, the digital divide continues to exist with rural communities in Pembrokeshire suffering again.

It is an inescapable fact that delivery of broadband infrastructure is devolved to the Welsh Government and Julie James AM should now come forward and explain the reasons for these delays.”