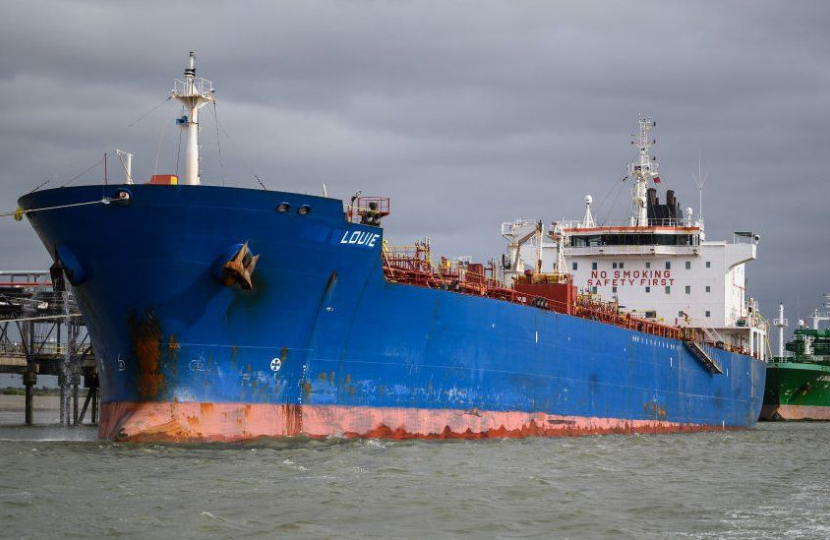 “ There is understandably a significant amount of community concern that has been generated about the source of cargo on ships destined for the Port of Milford Haven triggered by the ‘Louie’ which was due to arrive this week. I have been seeking clarity from both the UK Transport Minister and the Port of Milford Haven about this situation. I understand that the ‘Louie’, that was planned to enter the Port, but has now been diverted, is not Russian owned and therefore not included in the Government legislation. But many people in the community clearly feel strongly that even accepting cargo that has come from Russia is just simply not acceptable given the appalling situation in Ukraine.”

I fully support the work that has been done by the UK Government to ban any ships that are Russian flagged, registered or controlled from entering British ports as this strong action is exactly what is needed to impose tough economic penalties on Russia in response to their invasion of Ukraine. But I do believe that it needs to go further still, and that the source of the cargo needs to be included in the Government’s sanctions.

Today, I have written to the Transport Minister, Grant Shapps, asking for more action to extend the legislation to take the cargo into consideration.  I understand that the Port and the Department for Transport are continuing to work closely to identify ships that meet the UK sanctions, and prevent them from entering while Russia continues to invade Ukraine. Being home to one of the UK’s busiest ports, local residents will want to see that absolutely everything is being done to ensure that a firm stand is taken against Russia and the war being raged against Ukraine.”