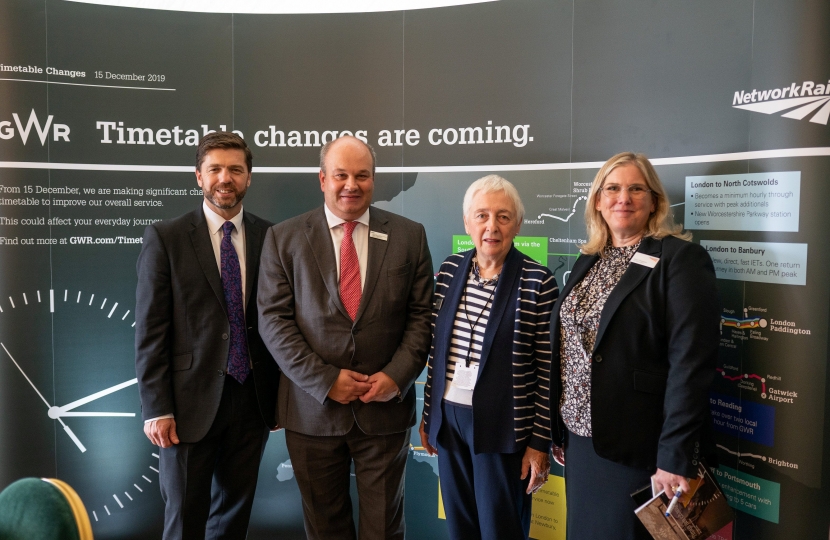 Preseli MP Stephen Crabb is calling on UK and Welsh Ministers to work with Network Rail on a plan to upgrade Milford Haven train station.

At a meeting with Network Rail and GWR in Parliament on Tuesday (Sept 10) Stephen Crabb and Erene Grieve from the Pembrokeshire Rail Travellers Association made the case for an improved station for the town.

Speaking after the event, Stephen Crabb said: “Given the size of the town and its economic importance, the current status of the railway station falls way below acceptable standards. With the Port Authority promoting a major regeneration of the docks area, a clean and comfortable station would benefit visitors and locals alike. My view is that the station must be upgraded and it was very helpful for Erene to be there to feed in the thoughts of the Pembrokeshire Rail Travellers Association. Erene is one of the most knowledgeable people about local train services.”

“We were also able to raise the problem of train delays and cancellations with GWR. I was pleased to hear that they are making progress on tackling the shortage of drivers at weekends which should reduce the number of train cancellations.”

“My thanks to Erene for her valuable contribution to this important meeting.”

As the countdown is on to hospitality reopening, over 40 pubs, cafes and restaurants from across Preseli joined Stephen Crabb in a digital discussion.