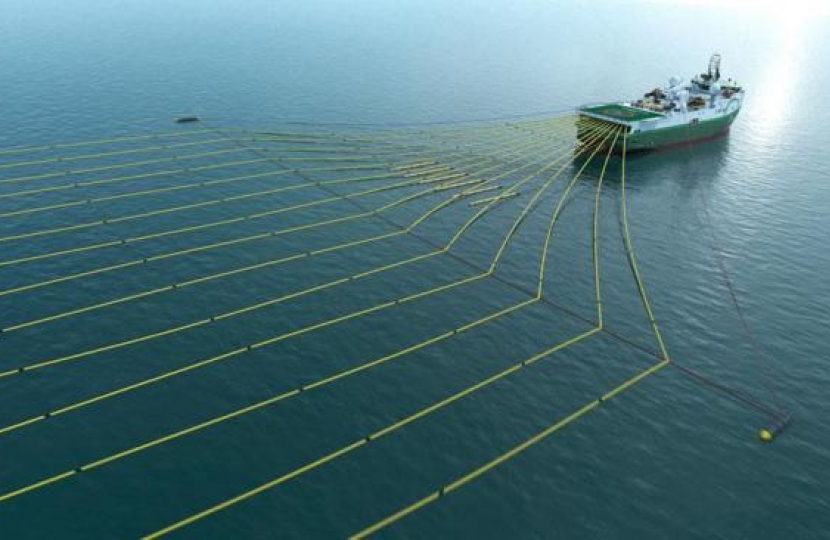 Earlier this week, local MP Stephen Crabb called on the Government to intervene to prevent a proposed seismic survey taking place. Energy company Eni UK Ltd had submitted an application to undertake a 3D seismic survey off the coast at Cardigan Bay, an area of outstanding natural beauty and home to a wide range of wildlife. This survey was due to last 40 days, starting on 1st June.

Stephen Crabb MP said “Earlier this week I was contacted by a considerable number of constituents, raising their concerns about this proposed seismic survey. There was an understandable level of concern and anxiety in the community and further afield. The unique, natural beauty of the Pembrokeshire coast and the wildlife that live there makes this an absolute no-go for such a survey. I shared the concerns of my constituents on this matter and did not see the justification for such a survey.”

“I therefore wrote to Greg Clark, the Secretary of State for Business, Energy and Industrial Strategy asking him to reconsider this decision and to intervene to prevent this survey from taking place this weekend. I have now received a response and can confirm that no approval was granted to Eni UK Ltd’s application and so the survey will not be going ahead this weekend. He also informs me that all work on the application has now been suspended and that approval would not be granted if the proposals were likely to have any significant adverse effects on the Pembrokeshire coast and the wildlife that live here. I am very glad to hear this and know how reassuring this will be for those constituents who had raised concerns.”