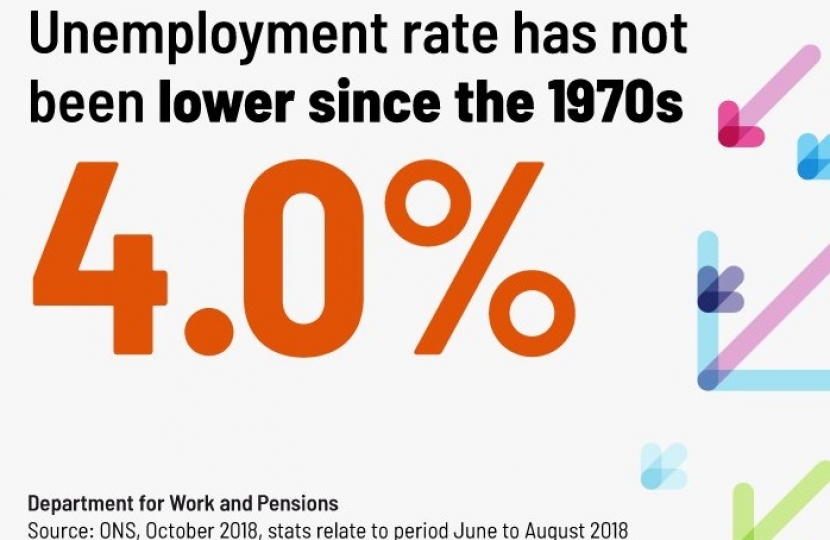 Released by the independent Office for National Statistics, the figures show the total number of unemployed claimants in September was 790 – a fall of 30 from the month previously and a fall of 35 from September 2017. The overall unemployment rate in the UK remains at 4% - the lowest since December 1974.

There was further positive news as there were 60 fewer claimants aged 18-24 in September than the same month last year; 160 in total.

“All of the key employment measurements have been moving in the right direction in Pembrokeshire this year. Many of the local firms I have spoken to in recent months are upbeat and positive about the futures and this is backed up by a commitment to hiring more staff. Some businesses are even talking about a lack of available skills and workers. With average wages also now rising steadily, the outlook for firms and workers is generally good.”