Dismay at lack of Welsh plan to tackle sewage 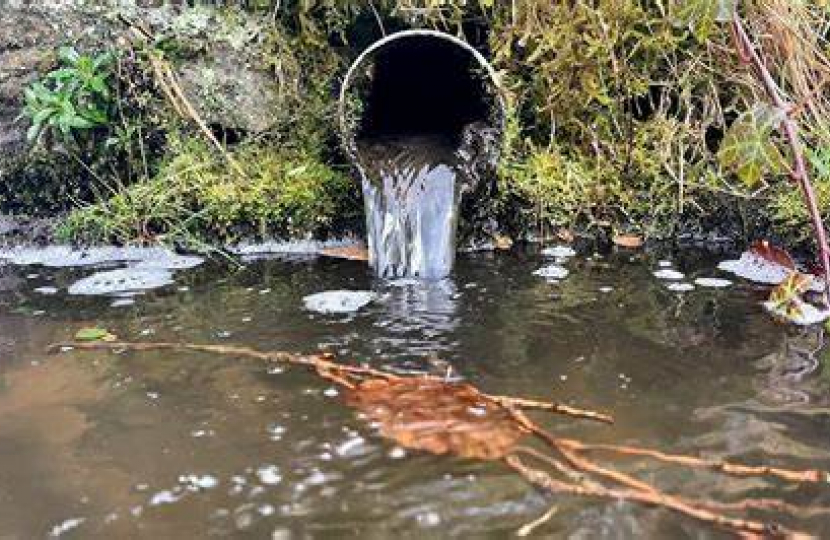 Pembrokeshire MP Stephen Crabb has expressed dismay at the lack of a plan from Welsh Government to tackle storm sewage discharges in Wales.

This follows the opening of the consultation of the Storm Overflows Discharge Reduction Plan in England. Data recorded by Welsh Water has revealed that raw sewage has been dumped into Welsh rivers and beaches more than 100,000 times in just 12 months.

In November, Mr Crabb wrote to the First Minister asking for an update on what steps are being taken to tackle the issue of raw sewage being pumped into Welsh waterways. The reply stated that ‘The Welsh Government is taking an approach to improving water quality which is best suited for the specific circumstances in Wales’. But no specific plans to achieve this have been released.

The plan launched by UK Government today for England will deliver the largest programme to tackle storm sewage discharges in history. It outlines a change in how water companies tackle the number of discharges of untreated sewage. Views are sought from the public on the targets as part of a collection of measures to be considered for the final Storm Overflows Discharge Reduction Plan, which will be published in September.

In Wales, these issues are the responsibility of Welsh Government.

"The amount of sewage discharged by water companies into our rivers and beaches is unacceptable. I am very pleased to see that UK Government are leading by example through imposing strict limits on when water companies can make use of storm overflows. However, devolution means these changes have little impact in Wales."

“This issue is especially important for us in Pembrokeshire. I have previously met with Natural Resources Wales and local Surfers Against Sewage representatives to discuss what action is required. It's a complicated and very costly problem due to the sheer amount of ageing pipework involved. But the first step is getting a plan in place to reduce the discharges. We really do need to hear from Welsh Government now on how they will use their powers to fix the problem in Wales."

Figures published yesterday by the Office for National Statistics show that unemployment is falling across the country while the number of unfilled job vacancies continues to increase.