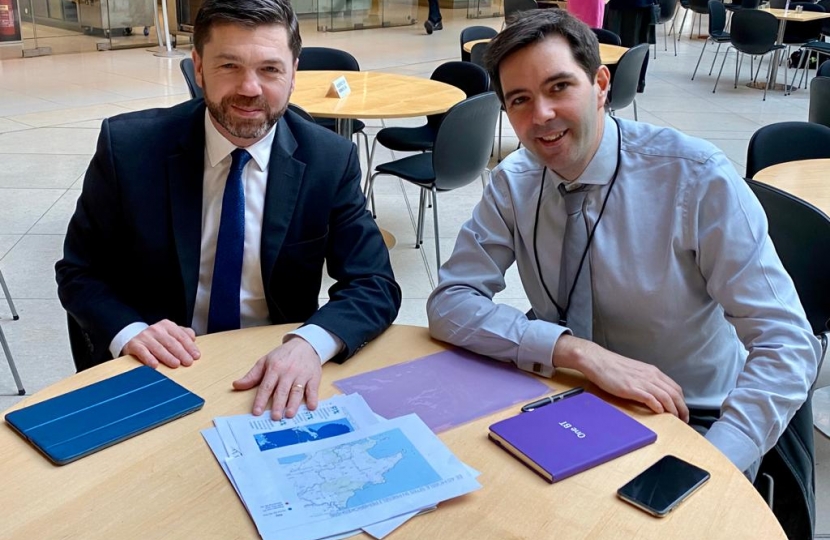 The £1billion Shared Rural Network (SRN) is a deal with EE, O2, Three and Vodafone investing in a network of new and existing phone masts they would all share, overseen by a jointly owned company called Digital Mobile Spectrum Limited

Pembrokeshire is set to see some of the largest improvements in partial ‘not spots’ as seven new 4G sites are planned which will help deliver 95% combined coverage by the end of 2025, with current coverage at 81%. Additionally, five new 4G sites due to be switched on and two sites awaiting planning consent.

Stephen has been a leading advocate for Government action to tackle partial and full signal ‘not spots’. The MP has raised the issue with the Minister of numerous occasions and recently met with Mobile UK, the industry body for mobile operators, to urge both Government and industry to work together to solve ‘not spots’. Stephen was also one of 78 cross-party MPs who wrote to the Secretary of State for Digital Culture, Media and Sport last year to ask for Government support for the scheme

Following the announcement of the deal, Stephen  said: “I am pleased to see the Prime Minister’s 100-day promise to get a £1 billion landmark deal signed with industry to end poor and patchy mobile rural coverage.

“Fast and reliable mobile signal is now a central part of modern life whether you live and work in towns or the countryside. The Shared Rural Network and the benefits it will bring is hugely important to ending signal ‘not spots’.

“Areas of Pembrokeshire, such as Clarbeston Road, with patchy or no signal will see improvements as the Government and industry rolls out this one-of-a-kind deal.”

Preseli MP Stephen Crabb has continued his calls for a mass vaccination centre in Pembrokeshire, as the vaccine rollout plan shifts towards GP surgery delivery.