Crabb congratulates pupils as campaign is a step closer to law 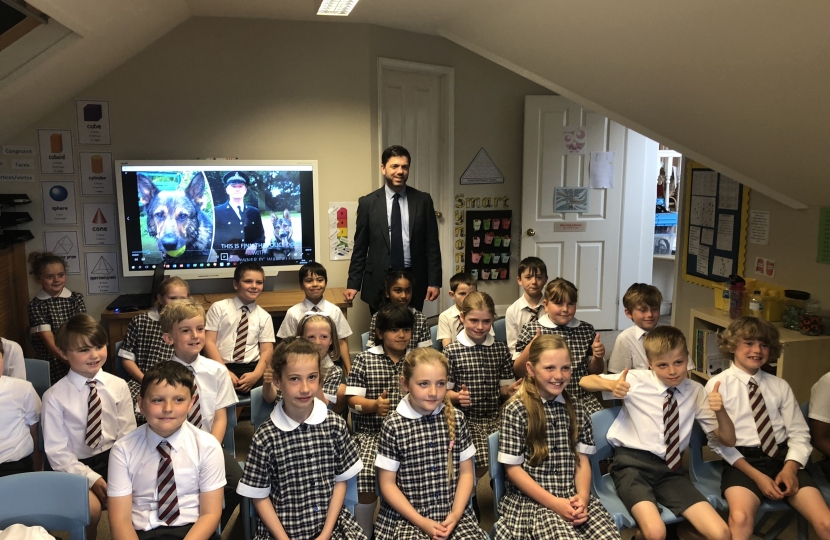 Stephen Crabb MP has congratulated pupils at Redhill School who have played an important role in a national campaign which is now a step closer to becoming law.

The Animal Welfare (Service Animals) Bill, dubbed ‘Finn’s Law’ after police dog Finn, will make it an offence to assault a police dog or horse, and on Friday (Feb 8) it passed its third reading in the House of Commons.

Congratulating the pupils, Stephen Crabb said: “Class 3 and 4 pupils of Redhill School should be immensely proud of their campaign for Finn’s Law. I was moved by their thought provoking and detailed arguments for it last summer, and gave the Bill and its sponsor Sir Oliver Heald MP my full support in Parliament.

“The Bill has passed its final House of Commons reading without objection and it will now go to the House of Lords. Thankfully, the difficult stages are done and the Bill is now only a few weeks away from becoming law. Many congratulations to the pupils of Class 3 and 4 in Redhill School and to their teacher, Vicky Brown, for their hard work and dedication to Finn’s Law.”