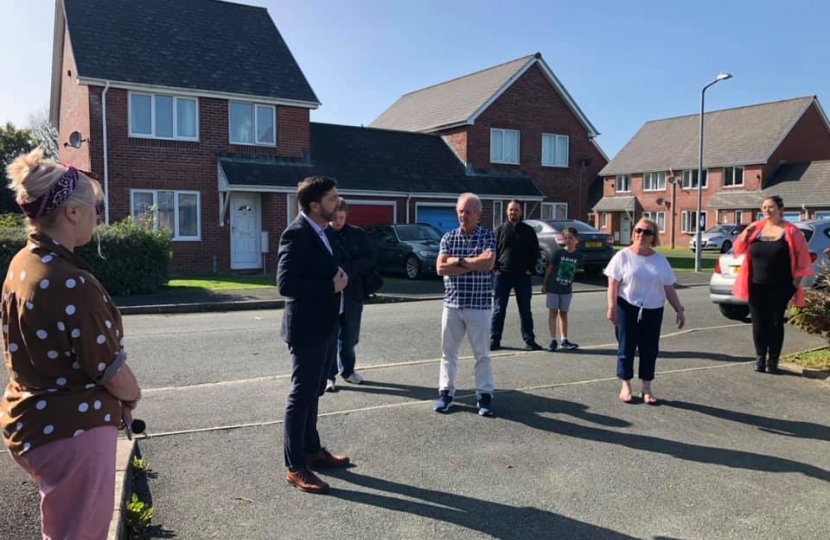 Residents on the Cashfield estate in Haverfordwest, living under threat of eviction by the MOD, have had their plight raised in Parliament by local MP Stephen Crabb.

In a short debate in the House of Commons last Thursday, Crabb called on the Defence Minister, Jeremy Quin MP, to withdraw the eviction notices and instead work on a new plan that will allow the families to stay in their homes once the MOD ceases being the landlord.

In total, 17 properties on the Cashfield estate were issued with eviction notices, along with a further 350 properties across several sites in the UK which the MOD says it does not need anymore. The properties are owned by Annington Homes but have been leased to the MoD since 1996.  The current plan is for the properties to be returned empty to Annington.

During the debate Crabb spoke of the lack of good quality affordable housing in Pembrokeshire and described the challenges facing some of the families who have contacted him about the eviction notices.

The local MP suggested an alternative plan to the Minister. He called for the MoD and Annington to sit down with Pembrokeshire County Council to agree a plan for transferring the Cashfield homes to the Council, allowing tenants to stay in their properties and boosting the local authority’s housing stock.

Commenting after the debate, Stephen said: “The MOD need to urgently re-think their actions over these properties. The timing of these eviction notices was appalling and the fact that there seems to have been no planning for what will happen to the families affected is just unacceptable. I was pleased to have secured time in the Commons for a debate on this matter and I am grateful for other MPs attending to show their support. I will continue to discuss the issue with the Minister, Annington and the Council and urge them to do all that they can to ensure the tenancies are not interrupted and the families can stay in their homes.”

This Sunday (November 29th) marks Advent, the traditional start of the festive season. The Christmas period will be very different this year in so many ways.