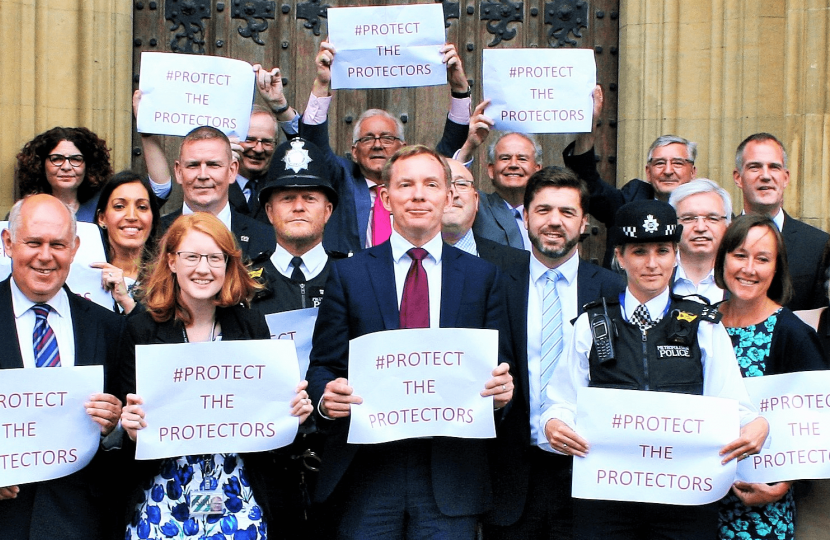 A NEW bill to ‘protect the protectors’, backed by local MP has been presented to Parliament

Stephen Crabb MP is co-sponsoring a Private Member’s Bill to provide stronger protection for Police and other emergency service workers who are assaulted in the line of duty. The Bill was put forward by Labour MP Chris Bryant who, having been given the opportunity to put forward one of six bills, asked the general public to vote for which they preferred in an online poll.

If passed, the Bill would make assaulting emergency workers in the execution of their duty an aggravated offence.

It would also introduce mandatory blood testing for anyone who spits at police officers and their blue-light colleagues.

Speaking at the launch of the Bill, where MPs were joined by police officers and firefighters, Stephen Crabb said:

“This Bill proposes tougher sentences for those who assault emergency service workers and more consistency in recording assaults.

“Nurses, police officer and fire fighters shouldn’t be subjected to abuse and assault while protecting us. They deserve to be treated with respect at all times. I look forward to working with Chris and other MPs from across Parliament to help get this Bill passed into law.”