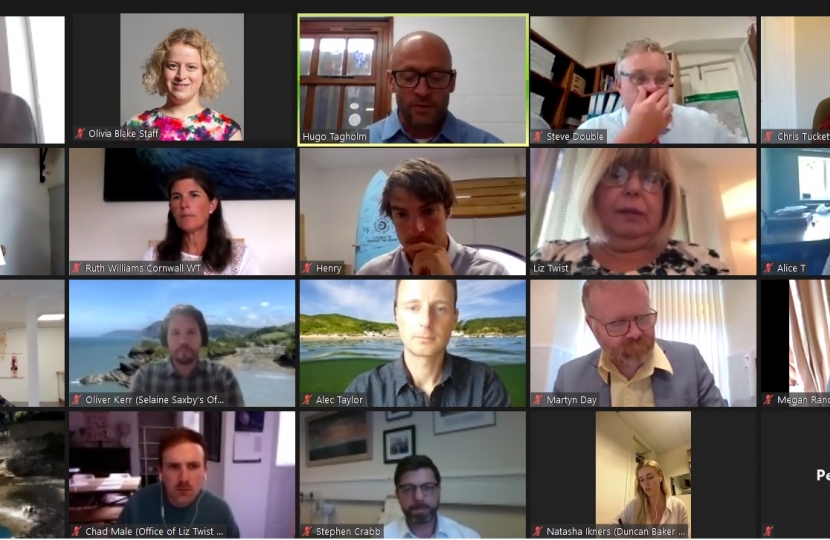 Preseli MP Stephen Crabb has backed a campaigned to help protect the oceans and the communities that rely on them.

Stephen Crabb recently joined the All-Party Parliamentary Group for Ocean Conservation to discuss how the ocean and its wildlife can be protected and with that, support costal communities.

Also joining the meeting were Surfers Against Sewage, Marine Conservation Society, Cornwall Wildlife Trust and the World Wildlife Fund who discussed their ideas to protect the ocean. These include measures to protect dolphins and porpoises from drowning in fishing gear and the potential to store carbon through seagrass and saltmarsh. An example of this project is already underway in Dale.

‘‘The ocean is so important to us here in Pembrokeshire. Not only does it give us more than half the air we breathe but also food to eat and supports our local economy.

“But while the ocean is vast, it is not invincible, and we have a duty to do all we can to protect it.

“In the last two years, the UK Government has banned harmful microbeads and have extended the number of Marine Conservations Zones around our coast to 355, to protect our seas. But this good work mustn’t stop and I look forward to working with local and national groups to better protect our oceans.”