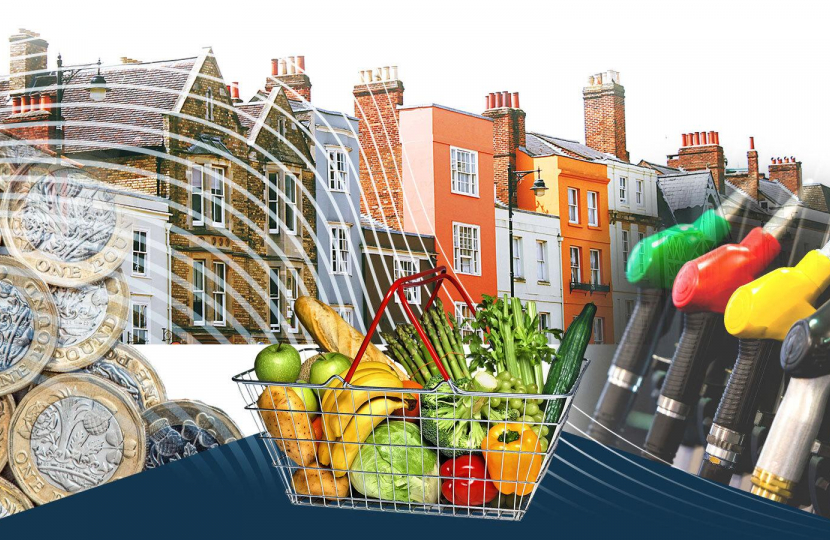 Stephen Crabb: The Government must show it remains committed to helping low-income families

The cost of living is the number one issue facing families in Britain and will dominate our politics through to the next general election. There is a striking consistency right now across what the pollsters are picking up in focus groups, what supermarket bosses are reporting from their check-outs, and what groups like Citizens Advice tell us they are seeing in our communities.

One in five families with children say they are now struggling to put food on the table, and more than 8 million homes face the prospect of fuel poverty by next winter. I don’t know a single Conservative colleague who isn’t acutely aware of the financial pressures facing their constituents and the need for some easing of the burden.

This Conservative Government has a strong track record when it comes to standing up for those on low incomes.  Following the enormous interventions to support family incomes during Covid, it has taken further action to slash benefit taper rates, increase National Insurance thresholds, and bring forward a £9 billion package to help with energy costs.

However, both the scale of the current crisis and the speed of its impact are alarming. Very few predicted the soaring levels of inflation that are now ripping through the global economy and into the finances of British families. As Margaret Thatcher recognised, inflation is a robber that always brings increased poverty to a society, especially for those on fixed incomes. This was illustrated in a very real way last month when pension and social security levels fell sharply in real terms due to the uprating cycle being out-of-step with rapidly increasing prices.

With the prospect of many more people being pushed into financial hardship in the months ahead, the case for further intervention is overwhelming. The Government’s holding position, which emphasises the existing support available while hinting at more help further down the line, is not sustainable given the challenge we are facing.

The reluctance to spend billions more is understandable and the Government’s central message that we cannot spend our way out of the crisis will resonate with many. Conservatives are rightly suspicious of state spending being the default answer for every social ill, and public expectations following the pandemic about what governments can pay for does need some recalibration.

Hence the current cross-government mission to find low-cost ways to ease household burdens. The suggestions coming forward like bi-annual MOTs are useful but, set against the scenario unfolding, are just not going to be a sufficient response.  Good housekeeping is, of course, an important message too. But you cannot out-budget insufficient income.

The difficult truth is that supporting families through a crisis like this, where household incomes are simply failing to pay for essential outgoings, does require the state to step in to protect the most vulnerable. That is exactly the purpose of social security. In practice this will mean finding a way to increase pension and benefit levels to a realistic level long before the next uprating is due in April 2023.

The temporary £20 uplift to Universal Credit early on in the pandemic was one of the most effective and well-targeted interventions that the Government made. The case for similar action now is being made by a growing range of voices, including by fellow Conservatives such as Michael Forsyth, John Redwood and Peter Lilley.

My own preference is for a mid-year uprating of all benefits whereby next April’s planned increase (which would be based on September’s inflation rate, likely 10%) is brought forward to this Autumn. Next winter will be extremely challenging for many families unless we can find a way to fix this phasing issue.

Delivering the uplift in the Autumn would give the Department for Work and Pensions time to overcome some of the technical challenges involved with different IT systems covering the various elements of our social security system. While changes to UC can be made fairly quickly, this is not the case when it comes to the old-style benefits or the state pension.

One immediate step for ministers would be to stop debt repayments being taken from benefits at unaffordable rates. These automatic deductions can amount to a large bite being taken out of the support available to many households and increases the risk of hardship.

Aside from those on the very lowest incomes, Conservatives are right also to be concerned about the impact of the crisis on those people who do not enjoy large incomes but do not qualify for state support. Furthermore, the increasing number of middle earners being dragged into higher tax bands is the very opposite of what we want for the economy.

The calls for tax cuts will only grow as cost of living pressures pile up in the coming months. An Income Tax cut by the end of the Parliament is already inked in. Changes to the Personal Allowance or to National Insurance rates and thresholds could provide other options in the meantime.

But we need to be clear about the nature of the current crisis. Targeted action to help families keep their heads above water should be the priority right now. That inevitably means strengthening social security.

Longer term, we do need a rigorous debate about poverty and benefits spending in Britain and a vision for reform. The number of households in receipt of one or more working-age benefit is staggering considering the historically low levels of unemployment. But no one should think that we have a generous system when it comes to the levels of individual payments.

The challenge immediately in front of us is to support our society through an unprecedented cost of living crisis. This Government has demonstrated repeatedly that it is sensitive to the needs of low-income families. It must do so again.