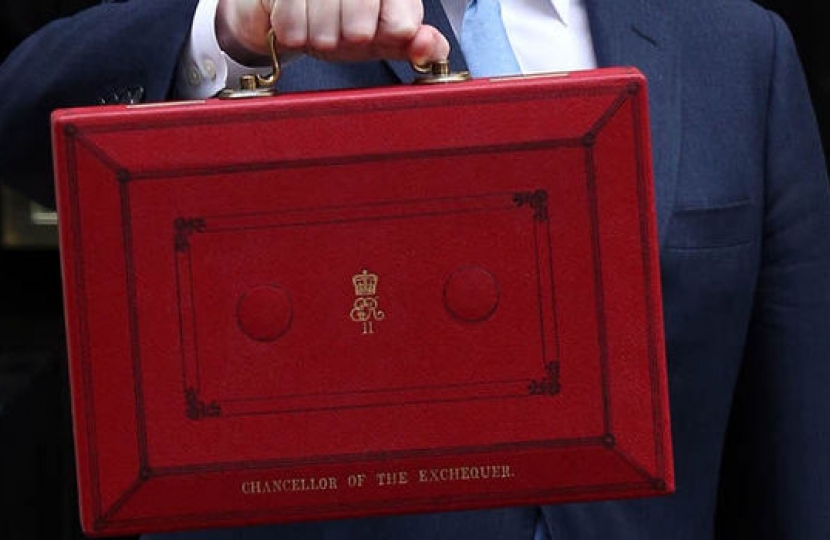 Local MP Stephen Crabb has welcomed George Osborne’s Budget, in which a number of measures were announced to help the low paid, small businesses and the self-employed.

Following record jobs figures for Wales, the Chancellor announced a further freeze in fuel duty to keep petrol prices low; an increase in the Income Tax Personal Allowance to £11,500; and a new savings scheme for younger people which will see the Government put in an extra £100 for every £400 saved.

The Chancellor also confirmed that the new National Living Wage will come in on April 1st, meaning those on the lowest salaries will see an immediate increase in real wages.  For the self-employed, type 2 National Insurance contributions will be abolished, and type 4 contributions will be reformed so that self-employed people can continue to build benefit entitlement.

In recent years Pembrokeshire has seen as sharp increase in the number of people running small business ventures on the internet via sites like eBay and Gumtree.  The Chancellor announced a new tax-free £1,000 allowance for those selling goods or providing services, meaning that someone online selling goods they make or advertising a lift or tool share will no longer pay tax on that income.

“On the same day as record jobs figures for Wales have been published, this Budget ensures that families across Pembrokeshire will see their take-home pay continue to increase. The measures, including a further increase in the Income Tax Personal Allowance and a freeze on fuel duty, will ensure that people on the lowest incomes benefit most from this Budget. Taken together with the move to a National Living Wage, these steps are the most effective ways of increasing people’s real wages.”

“The Chancellor has also taken the bold step to reduce business rates on shops and small firms. This is one of the key issues facing our town centres. Under devolution, we need to see the Welsh Government doing the same. I will be putting pressure on Carwyn Jones, the First Minister, to take similar action.”