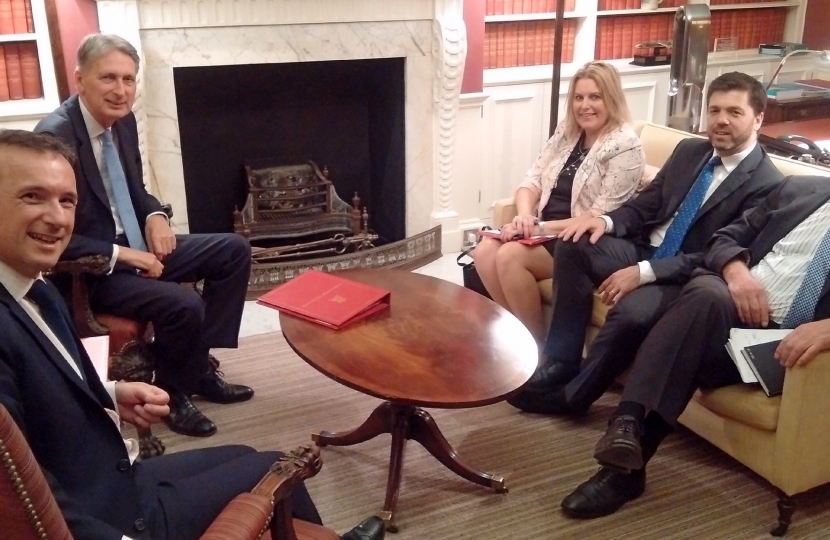 “The Chancellor confirmed that Britain is turning a corner with our economy and public finances getting stronger. With fuel duty again being frozen, the minimum wage increasing and income tax being cut through the higher personal allowance, this Budget puts real money back in the pockets of people across Pembrokeshire. The period of difficult choices to get our public spending back under control is coming to an end. Following the record increase in spending on the NHS announced earlier this year, the Chancellor confirmed today that our Armed Forces are next in line for new funding.”

“I am very pleased the Chancellor is taking action to ensure that there is a more level playing field for our shops and town centres competing against online giants. Town centres across the country need support at a time of huge change. This is an issue I have campaigned on and so I strongly welcome the new Digital Services Tax. The extra help for shops with business rates only applies in England as Welsh Government control this tax in Wales. But I hope the extra £550 million that is being given to Wales as a result of today’s Budget will be spent fairly and not used by Welsh Government to prop up pet projects like we have seen before. The town centres in Haverfordwest, Fishguard and Milford Haven all need a boost and I hope they will see the same kind of support as those in England will now get.”