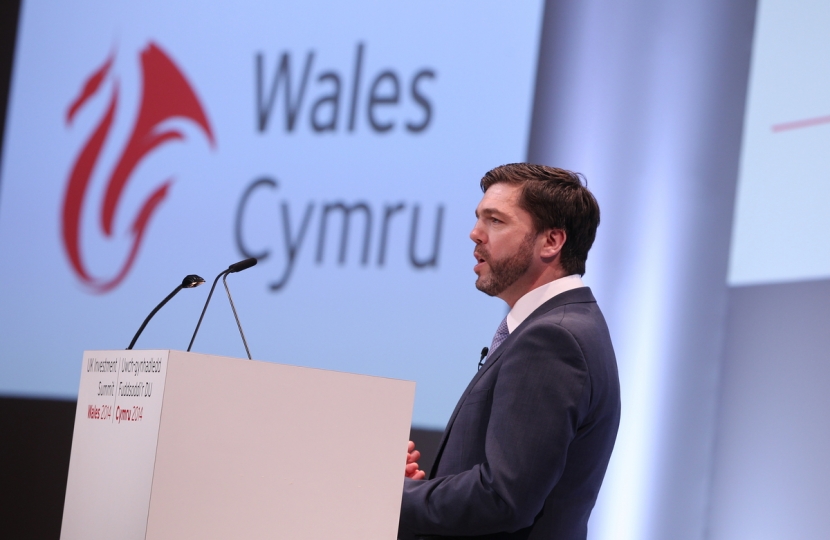 Stephen was first elected MP for his home constituency of Preseli Pembrokeshire in 2005. He was educated at state schools in Wales and Scotland, and at Bristol University and London Business School.

Prior to being elected Stephen was a marketing consultant and had previously worked in communications and policy roles with London Chamber of Commerce and the National Council for Voluntary Youth Services.

As a backbencher in Parliament Stephen served on the Welsh Affairs, International Development and Treasury Select Committees. Following the 2010 election he was made a Government Whip in the Coalition Government, and was promoted in September 2012 to Parliamentary Under-Secretary of State for Wales. In July 2014 he was promoted to the Cabinet as Secretary of State for Wales.

Stephen takes a strong interest in international development and believes firmly in the importance of the UK's role overseas. From 2010 to 2012 he led Project Umubano, the Conservative Party’s social action project in Rwanda and Sierra Leone.

In December 2014 he was awarded Welsh Politician of the Year.

In September 2017 Stephen was elected by MPs to sit on the House of Commons Brexit Committee, which scrutinises the Government's negotiations to leave the EU.  Stephen believes in a steady and careful approach in order to protect key Pembrokeshire interests such as tourism, farming and the flow of trade through our ports at Fishguard and Milford Haven.

Outside of politics Stephen enjoys a wide range of sports including rugby, mountain biking and tennis. He has run the London Marathon three times. He also enjoys cooking and playing guitar.

Stephen is married to Béatrice and they have two children.